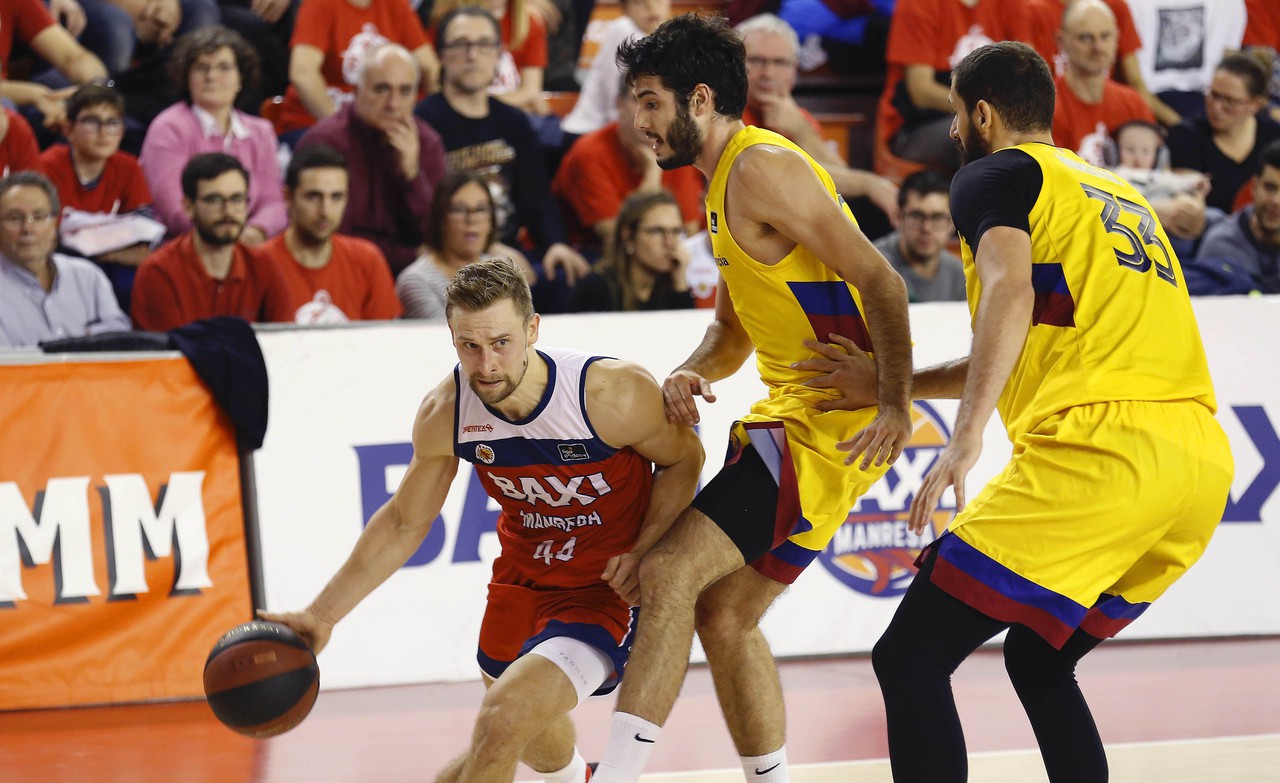 BAXI Manresa spent half a period to surprise him before the league's teammate. After paddling over the counter for a large part of the game, not throwing the towel was fruitful and, when 5 minutes left, they turned a marker that they had against them from the first stages of the game. The tiredness would invoice those of Pedro Martinez at the end and Barça approached it to win over.

The game started with a successful BAXI Manresa commanding during the first part of the game. Dulkys scored two triples that were counteracted by visitors, who equalized the game from the free throw (9 in this quarter). The azulgranas (yellow yesterday) managed to take control of the initiative thanks to individual moves. Despite being behind, the Riders followed the roles of the innkeeper with an inspired Ryan Toolson, who chained 8 points to leave his 3 under when completing the first half.

An outspoken release of Magarus tied the match again. The match would be a mirage, since Barça would take advantage of its powerful inner game to escape and achieve a maximum rent of 12 points. The efforts of the manresà set to lower the difference resulted, and the triples of Dulkys and Toolson allowed the premises to go to wardrobes with a 4 point disadvantage.

The good feelings with which BAXI Manresa had come to rest continued in the third period and put the tables back on the scoreboard under the masterful direction of Dani Pérez and Dulkys and Toolson points. The choral and combinative game of the premises was not enough to turn the marker, since they were encountering a huge Tomic in the red zone (13 points in this partial).

The game entered into its decisive period with the BAXI Manresa 4 points below. Two consecutive triples, one of Jou and another of Toolson equaled the light. The defenders were ahead of the scoreboard (they did not do it from 5-4) thanks to a spectacular shot of Vaulet, which ended with an additional shot scored. With the result the reaction came, which ultimately would be, of the Pesic group. The good minutes of Mirotic (9 points in the last partial) broke the clash again and, taking advantage of local tiredness, they broke the mark. The coaches would administer this difference that would end up being definitive to defeat a Manresa whole who has not pulled the towel at any time.