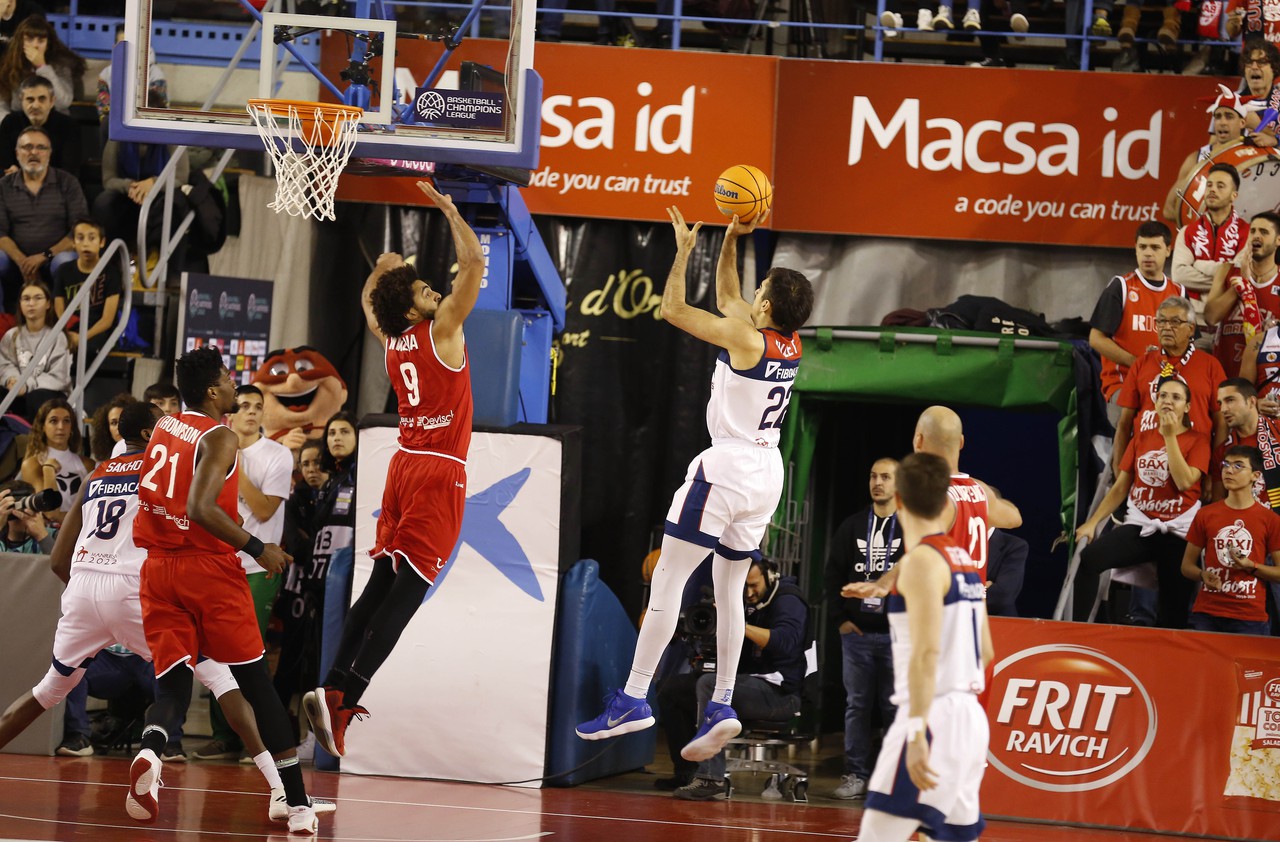 BAXI Manresa continues with its idyll in the New Congost on its return to Europe. The Catalans dominated the Filou Oostende for a tough 85-58, the biggest win of the season so far. The choral game of the locals (6 players with double digits of valuation) was imposed on a visiting team that based their game in the area. Pedro Martínez gave many minutes to all the players, even giving the men full of minutes rest.

The game started with a 0-5 favorable match at Oostende, which was answered by the hand of an inspired Sakho at this start. Vaulet tied the showdown with a sneaky play; defense cap, bounce in attack and 2 more move. 1. An active Sima added 4 points to the area and dried the strong point in the first minutes of the Belgians, the inner game. Equality was the tone of a period that would end up being the BAXI Manresa for the minimum.

El Filou Oostende would find a great Manresa defense in the second half. The Belgians only scored a basket in the first 5 minutes to end up with 6 points in the second assault. With a triple of Jou and another from Nelson BAXI Manresa began to open a slip on the scoreboard. Mitrovic and Sima, from the line of personnel, corroborated Manresa's domain and gave a new maximum advantage to its 13 points. A final basket of the visitors set reduced the difference to 11 at the conclusion of the first part of the match.

The good run of BAXI Manresa was following the start of dressing rooms with a Ferrari on fire, unpublished in the first act and author of 8 consecutive points that forced the match to the visiting coach, Dario Gjergja. Oostende accumulated fouls that did not waste Manresa players to widen distances and escape from 18 on the light. Dani Pérez was very solid in defense and accumulated up to 3 recoveries in these 10 minutes. The match would go into a very tight dynamic and the many interruptions did not give continuity to the game. The free throws followed in the final stretch of the period, which would end up settling with the Catalans winning 17 points.

The game was very hard at the start of the last partial thanks to three successes of Magarity from beyond the 6.75. The Belgian side did not find the way to overcome the defense of BAXI Manresa, very serious throughout the game. Dulkys wrote down a tray that made the difference increase the score to 26 points and leave the shock almost sentenced. With the victory in hand, Pedro Martínez gave players less used minutes, and these continued to add. In the end, the fourth victory of the home crowd at home, where they remain intractable.