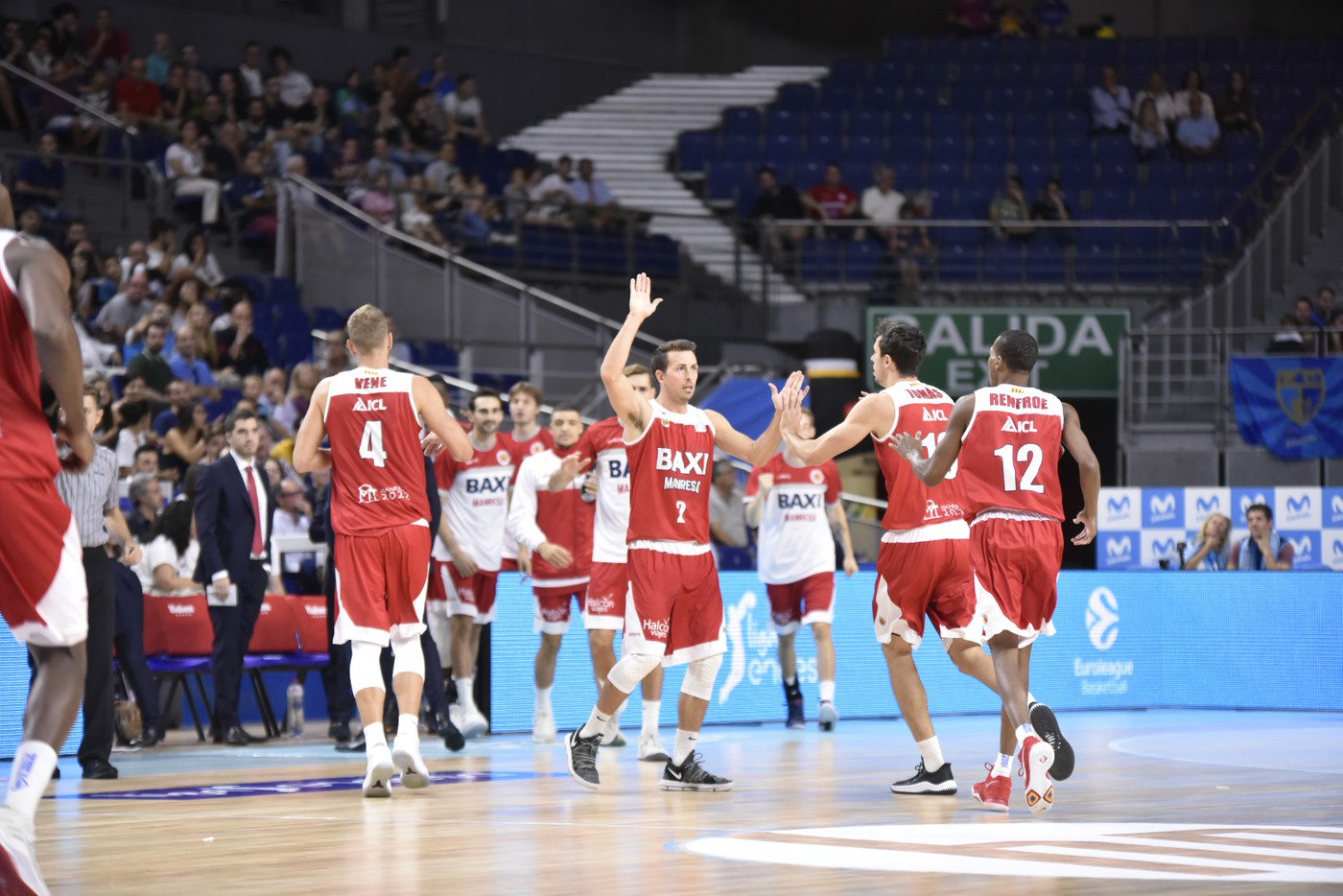 First impressive victory at the Estudiantes court. Renfroe penetration with only 1.2 seconds left the previous Estudiantes draw with a triple in the last seconds. First match won, and the next will be at the Congost, on Thursday against Barça. Renfroe was the most toned man, with 16 points, while Estonian Vene made 11.

The BAXI Manresa already has one in the bag. First day, the return to the Endesa League, and first victory for the men of Peñarroya. A basket of Renfroe in the last breath broke the match, which had neutralized Estudiantes with a three-pointer of Clavell. At the start of the game Manresa came out as a train, with a partial from 0 to 11 that forced the home team to stop the match. However, the success of the home team young players got the first partial closed with a difference of only 2 points.

In the second quarter the locals managed to turn the scoreboard around, with a great Darío Brizuela. However, Manresa did not lose at any time the face to the game, with good performances of Renfroe, the most prominent, and Sakho under the hoops.

The start in the second half was good again, although the home team came to have 10 points of advantage, Manresa responded and were now Vene and Pere Tomàs from the three-point line who cut differences. Lundberg went around the marker with a 2 plus 1, and the game would be decided in the last quarter.

Luck smiled the BAXI Manresa in the last quarter, with final matched, where it came after the Peñarroya take the initiative during the period. Muñoz and Toolson got the baskets to the limit to continue ahead, but the locals tied by Clavell with a three-pointer with 15 seconds left. Renfroe took the responsibility in the last play, and scored a tray that did not allow react to the premises, in a desperate attempt from his own field.

Joan Peñarroya said in the press conference that "I want to congratulate my players for the attitude they have shown, the attitude we want to show; match of alternations that we have started very well with defensive and offensive actions; maybe this good start has misled us, they have entered the game and they have hurt us; the defensive rebound has punished us, and some easy counterattack situation; the team has not stopped believing when it was below in the third quarter; we have achieved a good distance, but the last minutes have been bad and it has been solved in the end; very important victory in our premiere, happy, but with a great room for improvement " .