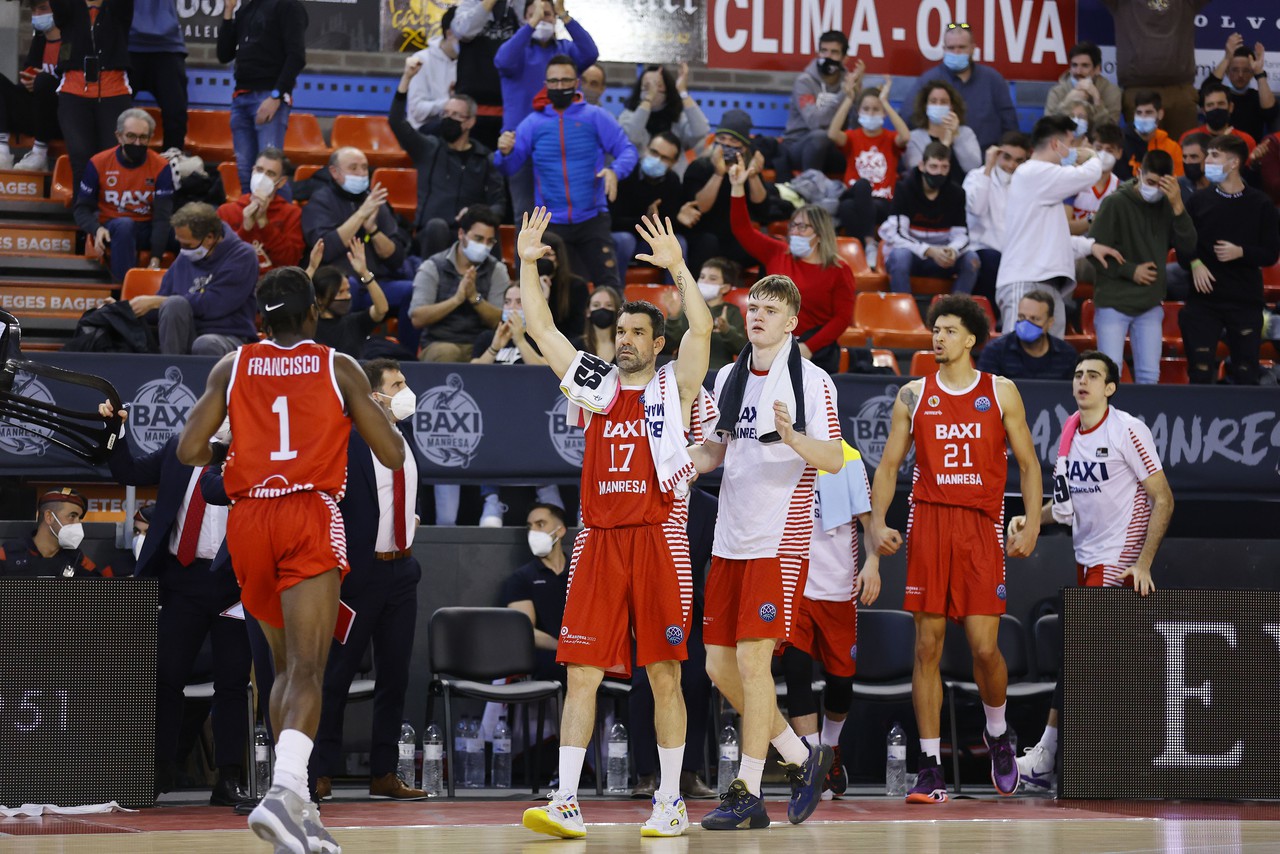 The BAXI Manresa closes an atypical and complicated week, where they have already played two games and they still have this Sunday's game, corresponding to the 14th matchday of the Liga Endesa.

The Manresa team has just played two very intense games, in less than 48 minutes, against Real Madrid (87-92) and Hapoel Jerusalem (85-90). Despite the defeats, the last of which was a trivial loss, they visit the Palau having been able to recover, minimally, the rhythm of the competition. In this sense, the Bagencs want to continue to show their good level of form against an always complicated rival. For the match, Pedro Martínez will be able to count on all his players and will have to discard one of the 13 before the game.

Barça are in a similar situation to the Manresa team a few days ago. At this stage, the azulgrana team has accumulated 18 positives for Covid-19 between players (9) and staff (9). The last game Šarūnas Jasikevičius' team played was on 30 December in the Euroleague, where they lost to Baskonia (94-75).

Dani Pérez and Yankuba Sima have appeared. The hospital base has declared that «Barça is one of the few teams that plays a lot of low post, and to stop them we must work the internal defense taking into account these situations» . The Gerona center-back explained that «is surprised by the pace that has returned after being stopped for so long, but the team is doing well and we will try to compete in all matches» .