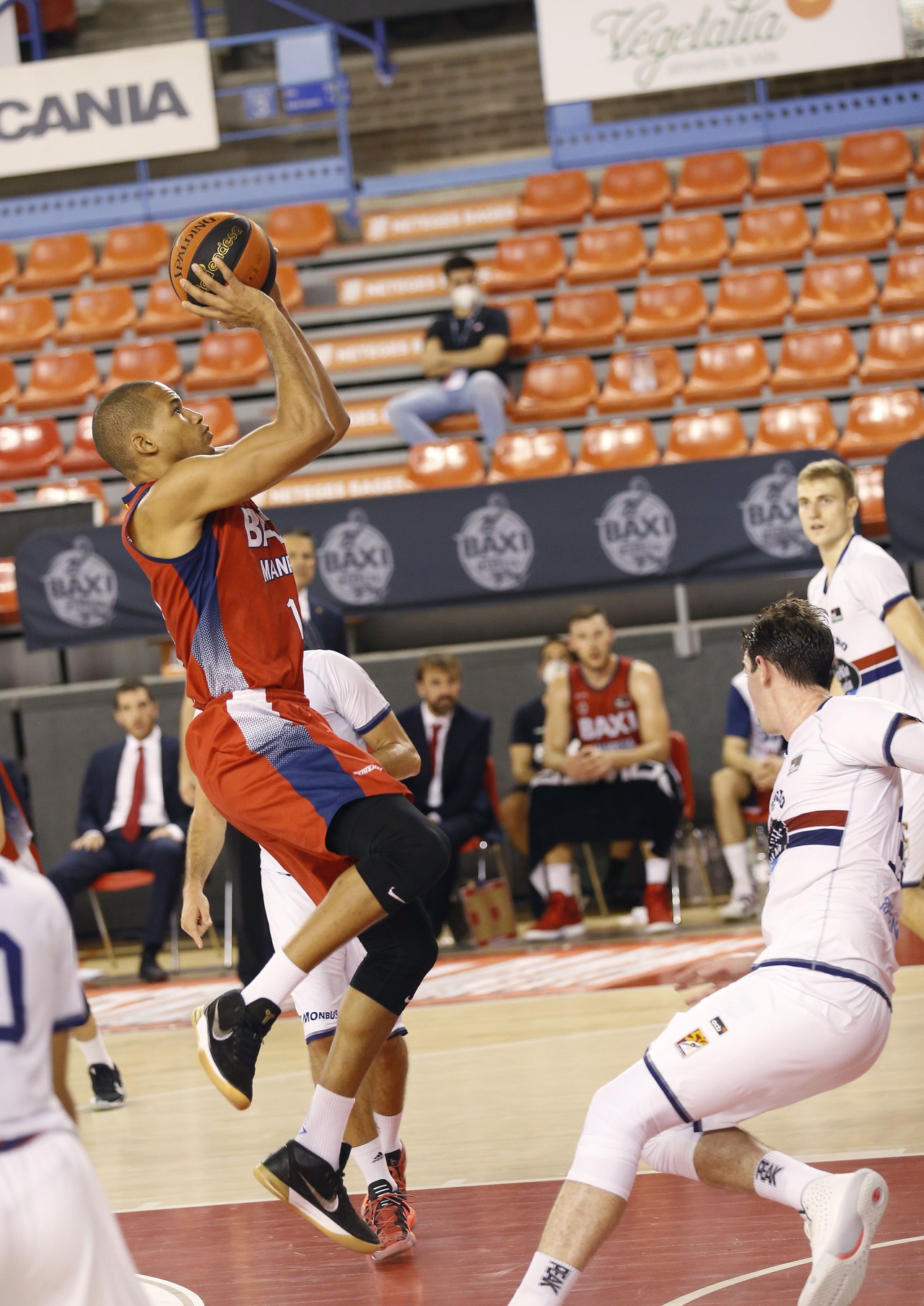 BAXI Manresa will play again in the Nou Congost three days after the match against Obradoiro, which ended with a Galician victory in the final head-to-head. On Sunday at 20:00 the opponent will be the Valencia Basket of Jaume Ponsarnau, one of the powerful teams in the competition, which today has won the MoraBanc Andorra in La Fonteta (91-76).

Pedro Martínez's players know that they will have to improve some aspects of their game in order to face their powerful opponent and fight for the second victory, after the achievement on the court of Movistar Estudiantes in the first day. The team trained this Friday and will do so in two more pre-match sessions on Sunday at 8 p.m.

For their part, the Valencians are in the duel with the same balance as the reds, as at the start of the competition they fell to Baskonia's court, the reigning champion and another favorite for the title. This year, Ponsarnau has a very large squad to combine the Endesa League and the Euroleague, with men who were already there last year, such as Dubljevic, and top-level additions such as Prepelic, Kalinic and Derrick Williams.

This Sunday, as was done in a pilot program on Thursday afternoon, the Communication Department of BAXI Manresa will connect through the "Congost LIVE!", An initiative that allows fans to connect live with the pavilion and see all which happens there, in addition to catching up with data, rankings, match summaries and analysis of journalists. One hour before the match against Valencia Basket, in other words, at 19:00, you can follow the pre-match live via the Manresa Basketball Youtube channel. Fans will be able to feel a little closer to the team and the pavilion with this initiative, which already had great acceptance on the first day. From any Smart TV, mobile, tablet or computer, the fans can be live in the Nou Congost.