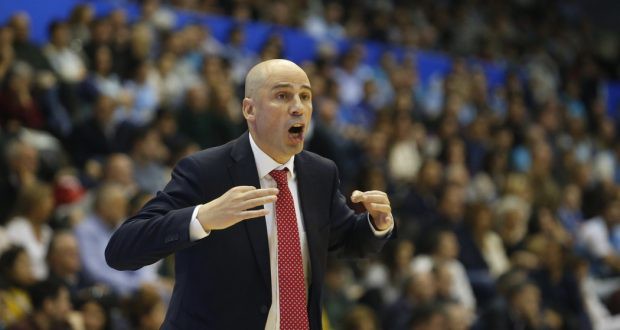 Another great appointment at Nou Congost, and another that comes after a brilliant victory at the road of BAXI Manresa. This time, the rival is Valencia Basket, who has won 16 of the last 17 games. A great shock in the capital of Bages. The reds recover players, but Sakho is still low.

BAXI Manresa wants to take the Nou Congost confirmation that the team can compete against everyone and everywhere. Jordan Sakho is the only casualty of Joan Peñarroya's team, who has already recovered Gintvainis and joins Guillem Jou again. Could debut the new addition, Erik Murphy, who has already trained all week with the team.

On the part of La Plana, guard Antoine Diot is low, this week he suffered an injury that will keep him away for 3 weeks. The men of Jaume Ponsarnau are one of the most fit teams in the competition. Without going any further, this week they won at Unicaja's court, in a EuroCup match.

Joan Peñarroya said Friday at the hearing that "long week of work, which has served to recover players with problems and introduce Erik Murphy with the dynamics of the team; the quality of training with the recovered players has been better; an important team arrives, with very good players and a coach who knows this house very well; in addition, they are one of the best-fit teams in Europe, who play a basketball where their spotlights are very clear and they pass the ball very well ».