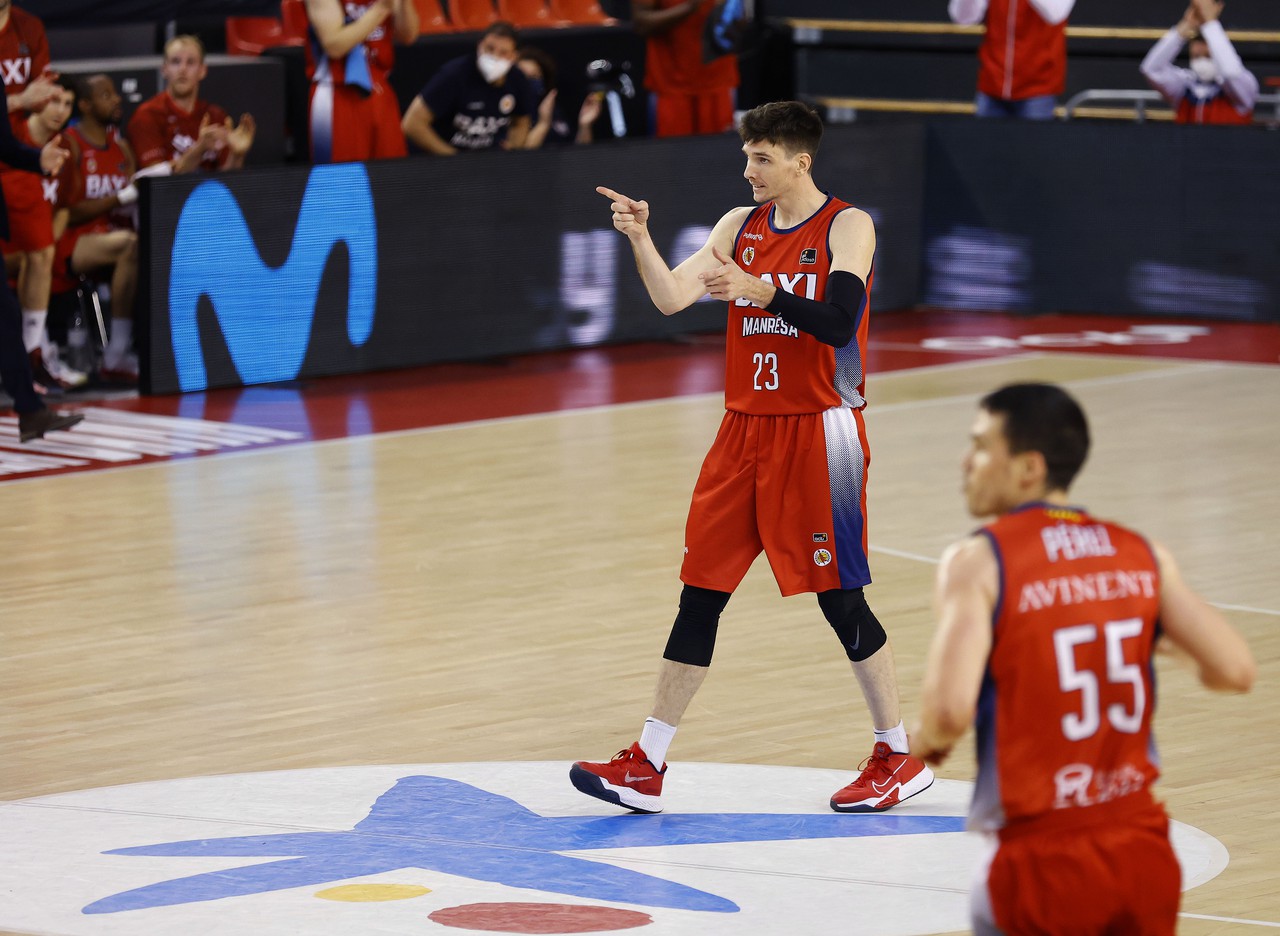 BAXI Manresa lost to Herbalife Gran Canaria (64-71) and added the fifth game without winning in the Nou Congost. Pedro Martínez's men did not have the day to attack, and this prevented them from sealing their eighth victory in the Endesa League. On Tuesday at 18:30, the Bages will look to return to the path of victory against a much-needed rival, the Acunsa GBC.

Bad start to the game for both teams that started with an overall score of 4-5 in the first 5 minutes of play. Apart from the result, BAXI Manresa had already lost 4 balls for 3 of the Canaries, and the percentage of field goals was 1/5 of the Bages for 1/6 of the islanders. With the focus still to be calibrated, the best news of the partial was the debut of the new BAXI Manresa player, Matt Janning. Two triples from Dani Pérez at the end of the quarter gave the first advantage in favor of Manresa, which would be tied at 12 at the end of the period.

The erratic tone was maintained in the second half. Gran Canaria was waking up and getting two consecutive triples, which together with two easy baskets forced Pedro Martínez to stop the clash. BAXI Manresa regained ground thanks to the defense and success of Hinrichs and Rafa, but it was not enough to get ahead of the light before the break (28-31).

The break benefited BAXI Manresa who came out much more plugged in locker rooms. Rafa chained 5 points, and Tabu and Hinrichs contributed a triple each. Eatherton added a 2 + 1 and Tabu hit again from the outside to culminate in a 12-0 run that served to turn the score around and place 11 points above (50-39, min. 25). Porfirio Fisac ​​stopped the match to reactivate his team and succeeded. 5 minutes without the Bages scored any field goal and a streak in favor of the Canaries 0-12 to end the third period with a partial result of 51-54.

It would follow the good dynamics of Gran Canaria at the beginning of the last quarter. Eatherton took a rebound in attack to score and cut the partial visitor who was already 0-17. The Canarian advantage was reduced thanks to a triple by Dani and the first basket by Janning (58-61, min.36). The outside success of the yellows and the loss of the ball took their toll on Pedro Martínez's players, who watched as the gap reopened. A triple by Janning (61-68, min.38) gave hope to Manresa, but it would be insufficient to avoid defeat (64-71) against Herbalife Gran Canaria.